Nicole Richie spoke to Vice at the beginning of December about her show Great News, growing up, past projects and more. The photos of Nicole – in her Burbank office – were taken by Chuck Grant. 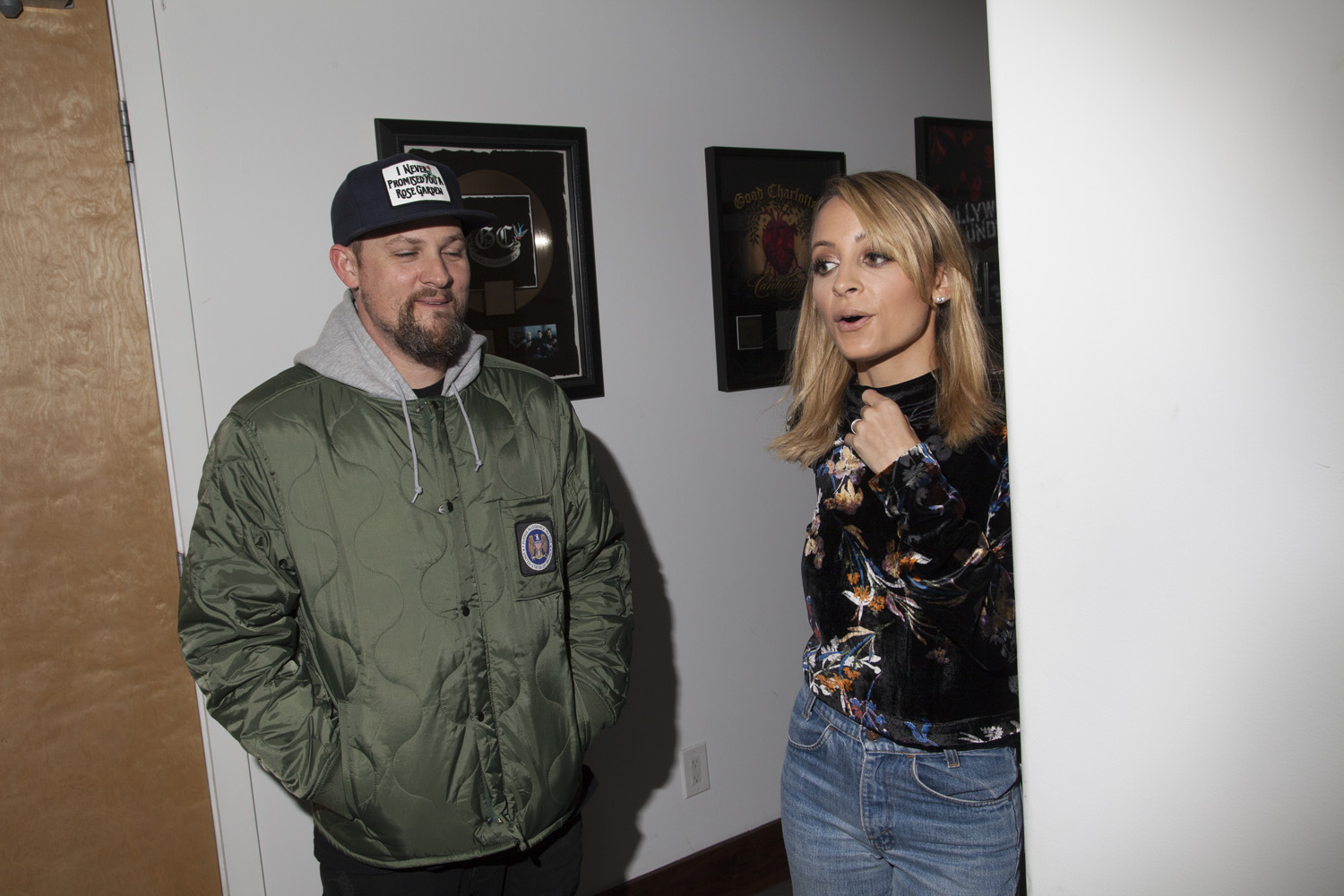 Here is a preview of the excellent interview by Aly Comingore. Click here to read the full interview!

VICE: How did you get involved with Great News?
Nicole Richie: My manager called me and said, “I have this script—I think you should read it. It’s a Tina Fey show. It’s really funny.” I’m a big 30 Rock fan, and the moment I opened the script I heard that rhythm. Then I came up with about 35 reasons why I couldn’t audition, all rooted in me thinking that it wasn’t going to happen. But I went and auditioned three times, and I got it. They had already shot the pilot, so I was shooting four days later.

You shot the first season before the election, right?
Yeah, we started shooting in August of last year, finished in October, and aired in April. It was probably the first thing on all of our minds, moreso when the season came out. Like everyone, we thought the outcome would be very different. We had some Hillary lines in there that were cut, but there’s no mention of any political figures on the show, which I think is incredibly cool of Tracy. She and Tina are such smart, elegant women, and the beauty of great comedy is when you’re able to keep aligned with who you are while making jokes too. The second season is a good representation of that.

When you were a kid, what did you want to be when you grew up?
I wanted to be a ballerina. When I was 16, I got real bold, and I wanted to be Britney Spears’s backup dancer.

Did you always have aspirations to act?
I always knew I wanted to perform. When I was in high school, I wanted to do musical theater. I wanted to move to New York and go to college there, but my birthday’s in September, so I graduated at 17. My parents saw the look in my eye and were like, “You’re not going to the East Coast. We need to keep you here.” So I went to college in Arizona for two years—maybe two classes, but I had the time of my life.

Then, when I was done, The Simple Life just happened. At the time, there was no other show to compare it to. It was pitched to me like, “Do you want to take 30 days out of your life and go with your best friend to some city—but we’re not going to tell you where it is—and get paid for it?” And I was like, “Yeah, why not?” I did it, and it was so much fun, but it lasted for five seasons. I didn’t plan on that—my life just went in a completely different direction.