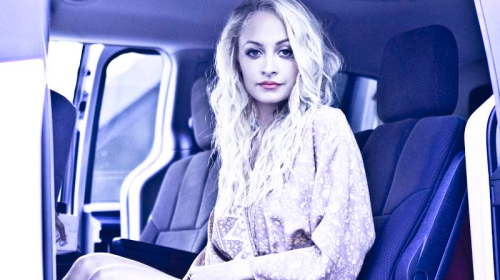 Alan Silfen shot these lovely photos of Nicole for a Fashion Star sneak peek in 2012.
Check them out in the gallery by clicking below:

NBC fits new projects into their TV schedule for next season thus resulting in cancelling Fashion Star, which has lost a significant amount of views since it first aired.

NBC has cancelled the reality competition, in which a group of fashion designers competed to have their garments sold in Macy’s, Saks and Express stores, NBC Entertainment president Bob Greenblatt confirmed Saturday at the Television Critics Association’s summer press tour.

Speaking to reporters following his morning session, Greenblatt confirmed the fate of the series with a swift and firm “no” when asked by The Hollywood Reporter if the show would return.

The network moved the show from Tuesday to Friday nights for its second season. It also was given a revamp, with Louise Roe brought in as host (replacing executive producer Elle Macpherson), Express taking over for H&M on the buyers’ panel and the designers getting grouped into teams under one of the mentors — Jessica Simpson, Nicole Richie or John Varvatos — who also took on more of a hands-on role in helping the competitors.

The May 10 finale of the reality show drew 2.5 million viewers and a 0.5 rating in the coveted adults 18-49 demo, a significant drop from the season-one finale’s 1.6 rating (on a Tuesday night).

Fashion Star looks absolutely amazing and I love the entire concept of it. The fact that top brands can bid on the clothes designed and presented to them, which can be available in the store the very next day, is incredible. Nicole says “this has never been done before” and she’s right – it hasn’t. This brand new idea is sure to be a guaranteed hit… if only I lived in America!
Fashion Star premières March 13th at 9/8 central on NBC.