‘Cursed Friends,’ which stars Nicole Richie as Lizzy Lennox, airs tonight (October 8th) on Comedy Central at 8pm ET/PT. Nicole shared some behind the scenes photos on Instagram, as did celebrity makeup artist Beth Orourke, who works on film/TV, which can now be found in our gallery alongside posters for the TV movie. There’s also a new clip from the film Nicole shared which can be seen below. 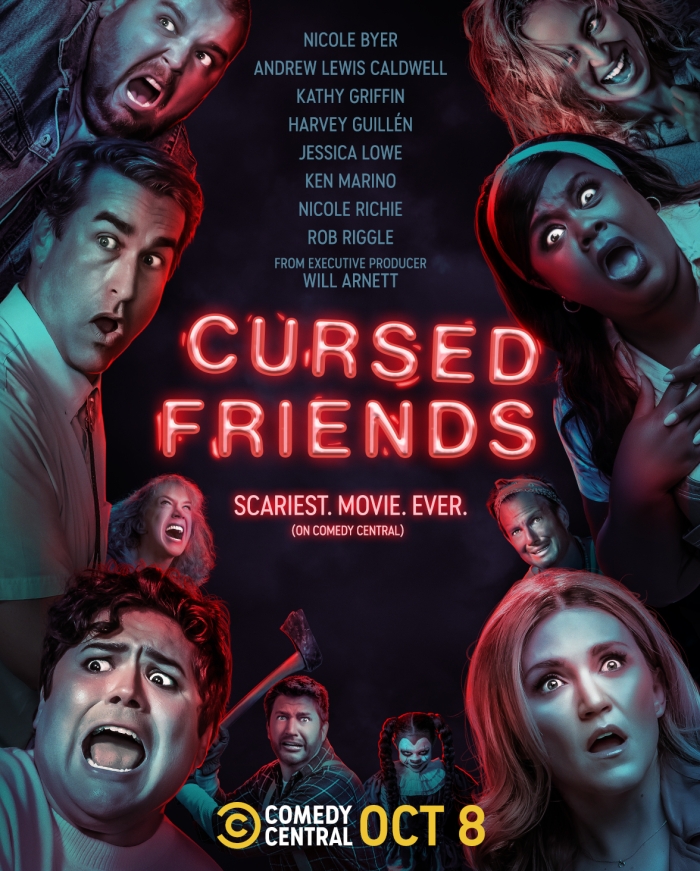 After a drunken reunion, four 30-something childhood friends wake up on Halloween to realize that a predict-your-future game of M.A.S.H. (Mansion Apartment Shack House) that they played in 2002 is starting to come true for them in hilarious and disturbing ways.