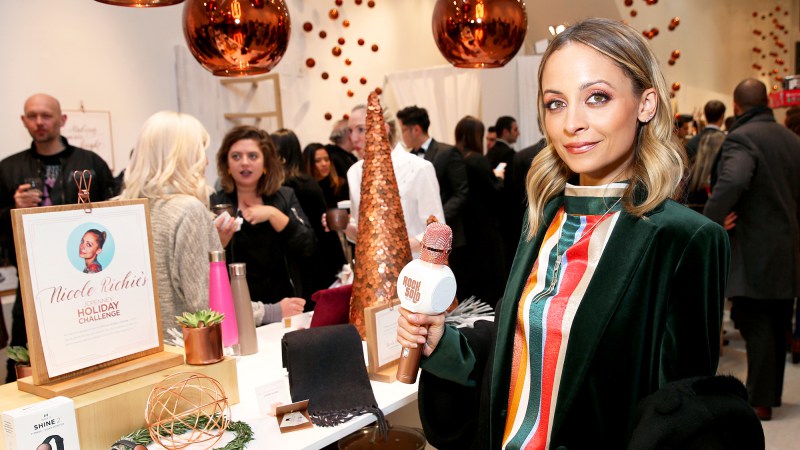 Nicole also spoke to US Weekly, where she revealed her holiday traditions and what her children would like for Christmas this year:

“I can describe my Christmas in a couple of words. Mariah Carey all day, Nicole’s famous apple cider, wine and lots of lights.” (For the record, Nicole’s “famous” cider is a mix of apples, oranges, nutmeg, brown sugar and a secret ingredient that she refused to name!)

“My daughter is very into makeup and my son wants a drone that he will probably not be getting,” Richie told Us. “I know the drone is popular, but it won’t be popular in my house.”

“The magic of Santa is still very much alive,” Richie explained. “Christmas was such a big deal for me when I was growing up, so I make it a big deal for them. I really go all out.”

“They aren’t too concerned concerned about getting things for us yet, it’s really just about what they’re getting. Last year I was called out and shamed because Santa got them better presents then I did. This year Santa will be getting them raw vegetables and I’ll get them what they’ve been asking for!”