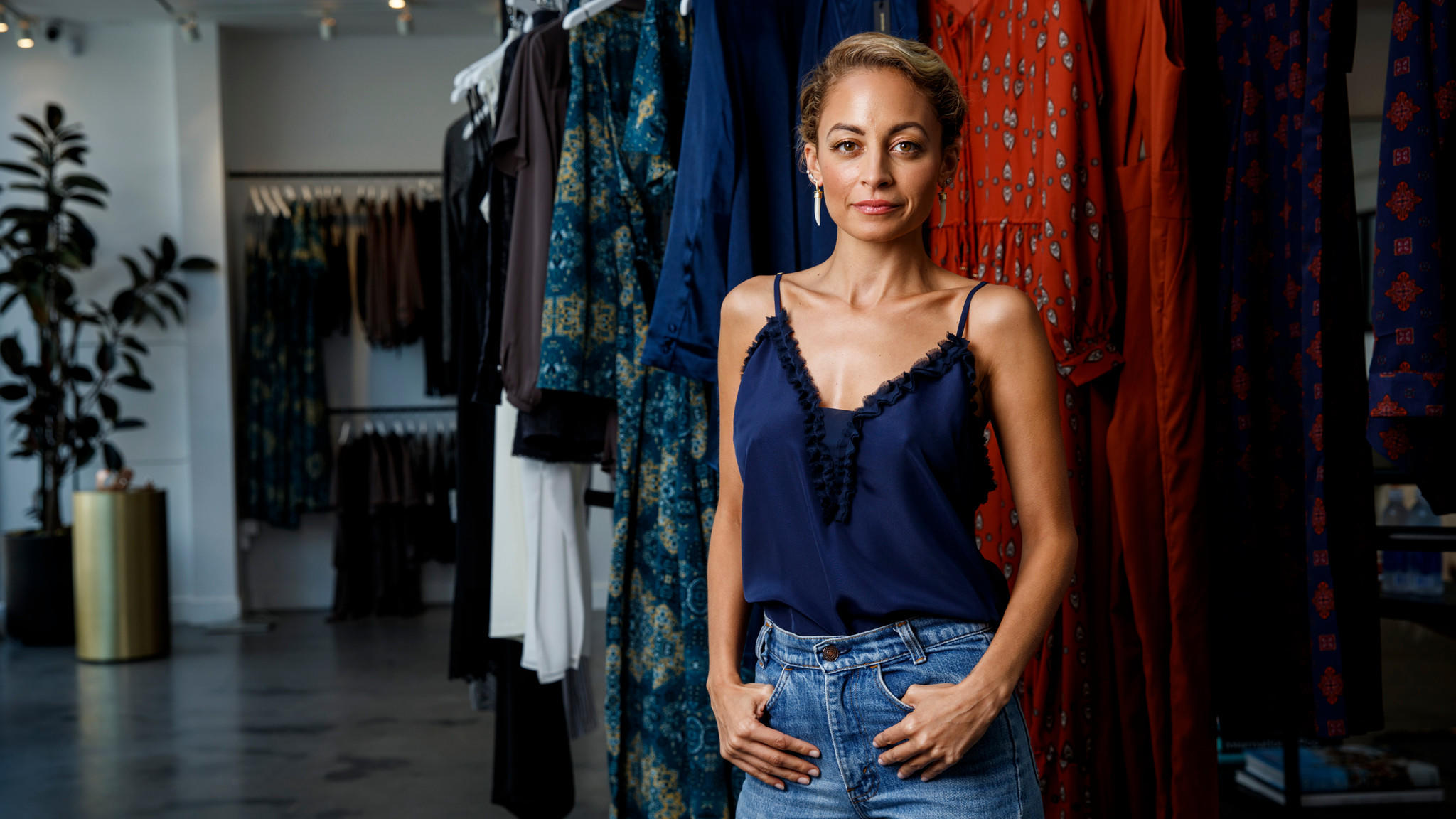 Nicole Richie was asking an assistant if she had time to duck out of the Revolve Social Club on Melrose Avenue, where she had just wrapped an August photo shoot, to visit her daughter, Harlow, and son, Sparrow.

Richie was waiting for her next meeting when she realized she might have 10 minutes to spare to see her son and daughter and give them a quick cuddle.

“It’s about finding pockets of time where I can be with my family,” said Richie, who has evolved from a former reality show star into a successful fashion designer with her brand, House of Harlow 1960. “Right now, my schedule is all over the place.”

That week alone, Richie was dipping her toes back into the world of entertainment. She has a role as the co-host of a cable-news show in the Tina Fey-produced comedy “Great News,” which is set to premiere on NBC in 2017.

Otherwise, much of her time has been taken up by her new collaboration with popular Los Angeles-based fashion retailer and manufacturer Revolve. Richie has created a capsule ready-to-wear collection of a few dozen pieces under her House of Harlow label for the retailer.

The collaboration with Revolve happened organically. The retailer sells Richie’s jewelry line, she shops the site for her own wardrobe, and “we decided to talk about where I was going as a designer,” she said.

“I went downtown, saw their factory and immediately knew they were somebody I wanted to be in business with in a much bigger way,” Richie said. “They’re just cool, innovative thinkers.”

On this midweek summer afternoon, Richie was wearing a pair of slender vintage 501s and a cream sweater she had pulled off a hanger on a rack at Revolve, a members-only fashion lounge and private boutique.

She has the charisma and affability of her father, singer Lionel Richie, whom she lovingly said, “Cries every time I’m with him” about her accomplishments. “I tell him, ‘Dad, I’m going to be 35. Let’s take it down a notch.’ But he’s very proud.” (Richie’s birthday is Sept. 21.)

Richie’s first collection for Revolve bowed in June, replete with colors such as blush and pale blue and fabrics including delicate linens. Each collection includes about 15 to 20 styles, which range from about $90 for tops and bodysuits to $400 for an embellished jacket.

Raissa Gerona, Revolve’s vice president of brand marketing and strategic partnerships, said, “Nicole’s style and aesthetic are so consistent and true to her and her lifestyle.”

She added that recent top sellers from the line include a scoop-necked Wren tank bodysuits and the fluid Charlie wide-leg pant.

“I’m such a part of the everyday process,” Richie said. “I’m down at the factory all the time. Being able to relate directly to the consumer gives me an opportunity to tell my story. I live and breathe it. I wouldn’t spend my time doing it if I couldn’t be 100% there.”

It is not lost on Richie that she had advantages that most young designers starting out don’t. She launched a jewelry collection nine years ago and expanded into ready-to-wear 18 months later.

By then, she was already famous, not only as the daughter of a music legend, but also having just come off the hit reality show “The Simple Life” with costar Paris Hilton.

Richie had options for her future. Doors were opened for her. Still, she found herself reconnecting with an old paramour from her childhood: fashion.

“I was born in 1981, and by the time I was 4,” Richie said, “I was sitting in my mom’s dressing room watching her get her hair and makeup done and going everywhere with my dad — the Grammys, the [American Music Awards]. She loved [Azzedine] Alaïa and Chanel.”

After Richie started competitive figure-skating as a child, she had a fashion awakening. She watched Olympic skater Nancy Kerrigan skim over the ice wearing a Vera Wang black-and-white dress, and Richie was hooked.

“It had a white panel and sheer black sleeves,” Richie recalled. “I loved that dress.”

That moment inspired her to start designing her own figure-skating costumes. “That was my first introduction to the design world as a whole,” Richie said. “I realized it was about having a vision, and then making it come to life.”