Harper’s Bazaar recently spoke to Nicole Richie about her brand House of Harlow 1960, the collaboration with Revolve Clothing and whether or not pop culture actually died in 2009. 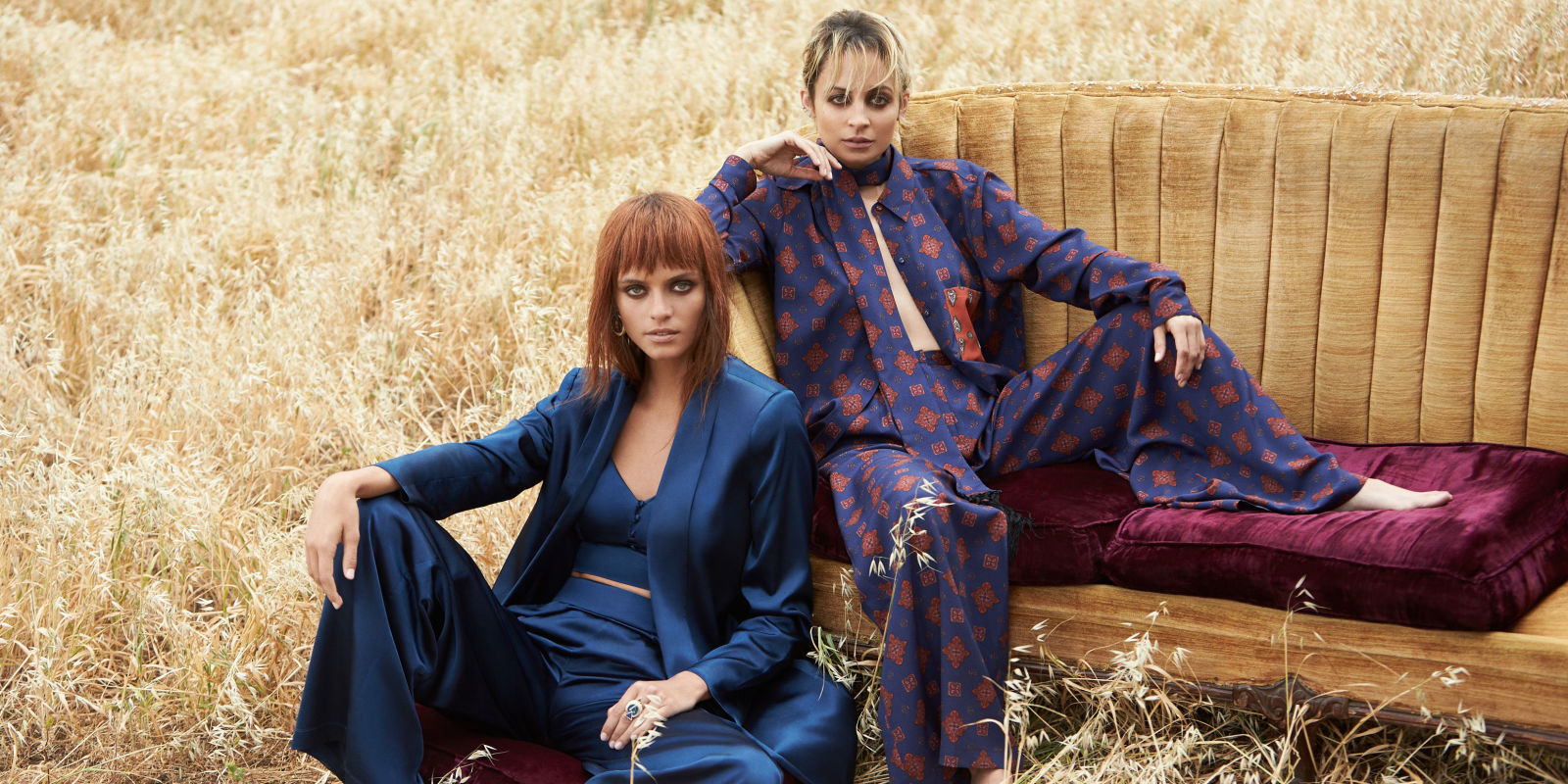 Nicole Richie has been in the media game for nearly a decade, parlaying a reality star stint into a full-fledged design career. Richie launched House of Harlow 1960 in 2009 and seven years later the brand is still a mainstay in the contemporary market. In a savvy business move, the LA-based designer has partnered with e-commerce giant Revolve and its design and production company Alliance Apparel on an exclusive ready-to-wear collection. “Revolve has been supporting Nicole since her first House of Harlow 1960 collection and we look forward to taking the next big step in elevating our brands together,” Revolve co-founder and CEO, Michael Mente, says “Nicole is a fashion icon that all our girls look to for inspiration.”

This coming weekend, some of those girls, including the bevy of fashion bloggers Revolve regularly courts are headed out East to the Hamptons house that the company has set up shop in for the month of July to fete its brands and partners, including HOH1960. BAZAAR spoke with Richie before she departed LA for eastern Long Island to see why Revolve is an ideal fit for House of Harlow 1960, how her well-documented style reflects her brand and whether or not pop culture actually died in 2009.

Harper’s BAZAAR: Why is Revolve a good partner for you?
NR: They’ve just been such an incredible partner, they know their customers so well and I feel like we are both speaking to the same girl. There are many parallels between the Revolve girl and the House of Harlow girl, it’s just been seamless.

HB: Revolve has a niche of working well with very high profile Instagram influencers. How do you and House of Harlow align with that—what’s your philosophy on using social media to further your brand?
NR: You know what, Revolve has been my first introduction to this way of promotion and the thing about working with Revolve is that I really trust them. And that’s so important in a partnership. At the end of the day, we want to reach as many people as possible—that have the same eye and the same love for fashion that I do. And Revolve knows how to do that. When they introduced me to this way of going about that I just immediately was on board because they know what they’re doing and they’re successful at it—so after that there’s really no room for me to really question.

HB: How would you really describe the aesthetic of House of Harlow?
NR: I’m inspired by the ’60s and the ’70s and I’m really inspired by music so that always plays the first role. I design every piece thinking about what exists in people’s closets already. This is 2016, I don’t expect people to wear my brand head to toe. So I love giving girls options layering options—many different pieces they can layer with pieces that they already have.

HB: How much does the brand reflect your personal style?
NR: Iwould say very much so. I’m actually right now shooting the holiday campaign. Now, we hired a model but I love to throw myself in my own campaign. And everything she puts on I’m like I love the way that that’s looking. Let me see the dress version of that. And right now I’m walking around in a gold lamé dress. And large gold hoops. So every single piece, I want to take home today.

HB: As someone who’s spent a lot of time in front of the camera, do you consider how the pieces will look in photographs when you design? We are living in an Instagram world, after all…
NR: I don’t necessarily think about how things will be photographed—more about the way that they make the girl feel. And by the way things could be photographed completely different on me than let’s say somebody who is a little bit taller. So that doesn’t really play a huge role, fashion to me is very emotional. It’s my strongest form of self-expression, and I love wearing a piece of clothing where I feel like I can run around at any moment and dance in it. So you know, I guess when I’m designing, I want the clothes to feel celebratory and feel very light and fun and feel like you could move seamlessly.

HB: You launched in 2009, with seven years in the business, what is the biggest lesson you’ve learned?
NR: I’m learning every single day, the world is changing how you reach people with social media and with the Internet—and obviously revolve is direct to consumer. So I’ve spending this time really trying to understand this business model as well. And I think it’s really important as a creative director, to always keep your ears on the ground and always surround yourself with people who’ve been in the business longer than you to really think of new and creative ways to present your designs to girls.

HB: You are heading to the Hamptons with Revolve, what do you think is the biggest difference between East Coast summer and West Coast?
NR: Well, I grew up in LA so I’m definitely a West coast girl. It’s a totally different beach. It’s a totally different ball game. I feel like on the East Coast being at the beach is something they don’t get to do a lot. So you get this feeling where feel the energy of everybody just being so excited to be on vacation or in the sun. Here in LA I feel like we get that a little bit more so we don’t appreciate it as much. But there you could really feel the energy.

HB: How do you describe your summer style in general?
NR: It’s hard for me to describe my own style because I’m me. I love like a good pair of vintage jean shorts or jeans. Right now I’m living in my House of Harlow bodysuits or like a slip dress. I like to feel in the summer like I’m not wearing anything—so for me it’s all about fabrics and fit.

HB: Have you seen the new tumblr started by a high school boy called Pop Culture Died in 2009?
NR: No, I like barely know what tumblr is, I’m just so old.

HB: It’s funny because it’s literally a senior in high school who only documents pop culture between about 2006 and like 2009.
NR: How does he even know what happened in 2006?

HB: That’s what’s so funny about it. What do you think about this newfound fascination about that time period? It seems to be back in the conversation…
NR: I actually had no idea so I don’t even know.

HB: There’s a lot of pictures with you on it.
NR: Love it.