Joel Madden recently spoke to People about the inspiration for Good Charlotte’s new album “Youth Authority,” particularly its single “Life Can’t Get Much Better.” He stated that his wife Nicole Richie helped him to recover from a broken home and he owes her a lot of credit for being the incredible and supportive person she is. Read more below: 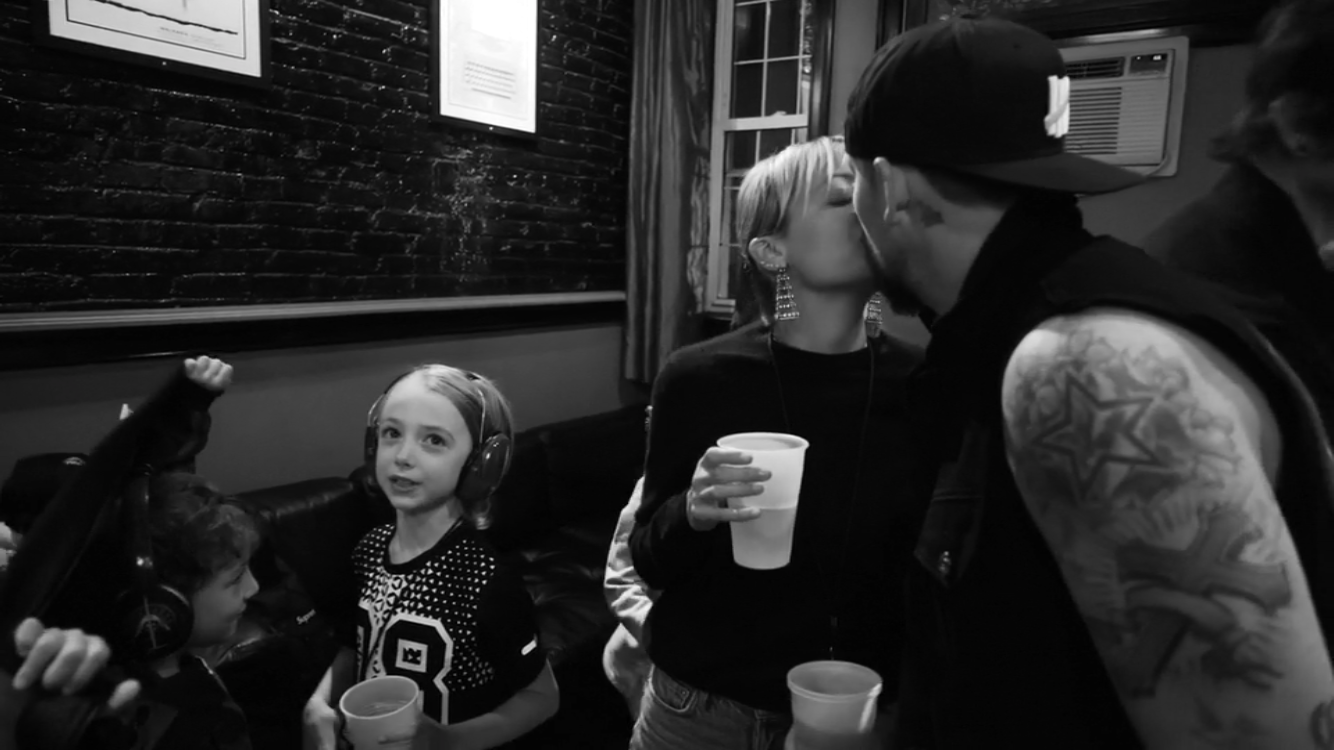 With a new album and beautiful family of four, “Life Can’t Get Much Better” for Joel Madden.

As a matter of fact, the pop-punk veteran and his twin brother Benji, both 37, sing about just that on Youth Authority, their band Good Charlotte’s first album in nearly six years.

“We’re inspired by our own lives,” Madden tells PEOPLE.

Indeed, the LP covers the gamut of the life changes they’ve experienced since taking a hiatus after promoting their 2010 record Cardiology, from relationships highs and lows to familial bliss.

Since then, Joel has gotten married (he and Nicole Richie said “I do” in 2010) and raised a son and a daughter. (Benji also tied the knot, marrying Cameron Diaz in January 2015.)

“There are moments where you feel like life is perfect, and you want to stay in that moment forever, and that’s how we feel: really blessed and lucky,” Madden says, recounting the inspiration for their celebratory new single “Life Can’t Get Much Better.”

Much of Youth Authority’s lyrical content consists of similar sentiments. Another standout, “Stray Dogs,” finds the twins singing: “Don’t leave me stray / I’m just a dog without you.”

The track is about “feeling like you found your place in the world,” Madden says. “I think we reflect on that.”

The vocalist has admitted pain from his and his brother’s childhood plays a factor in that: Their father walked out on their family when they were teens, shortly before they launched the band.

“When you grow up in a broken home, there’s something about finally find love and security in your family,” Madden says, examining his life today. “We’re grateful for our families and the love we have in our lives.”

Madden says starting his own family has changed his life.

“I give my wife a lot of credit. She’s an incredible partner and really supportive,” he says.

And these days, his daughter Harlow, 8, and son Sparrow, 6, finally get to see their dad as the rock star he is.

“My kids are big fans [of my music]. They like to go on tour now that they’re old enough, and they’re definitely very musical,” he adds. “It’s been fun for the family.”

More than anything, Madden is appreciative of the life he has now.

“Coming from nothing and working and building something, we all feel extremely lucky to have the career we have, to have the families we have,” he says.

With this new album and all they’ve accomplished, Madden hopes his and his brother’s story inspires others.

“We landed on our feet. There was a whole bunch of different ways it could have gone wrong, and the thing I’m most proud of is we ended up okay as a band as people,” he says.