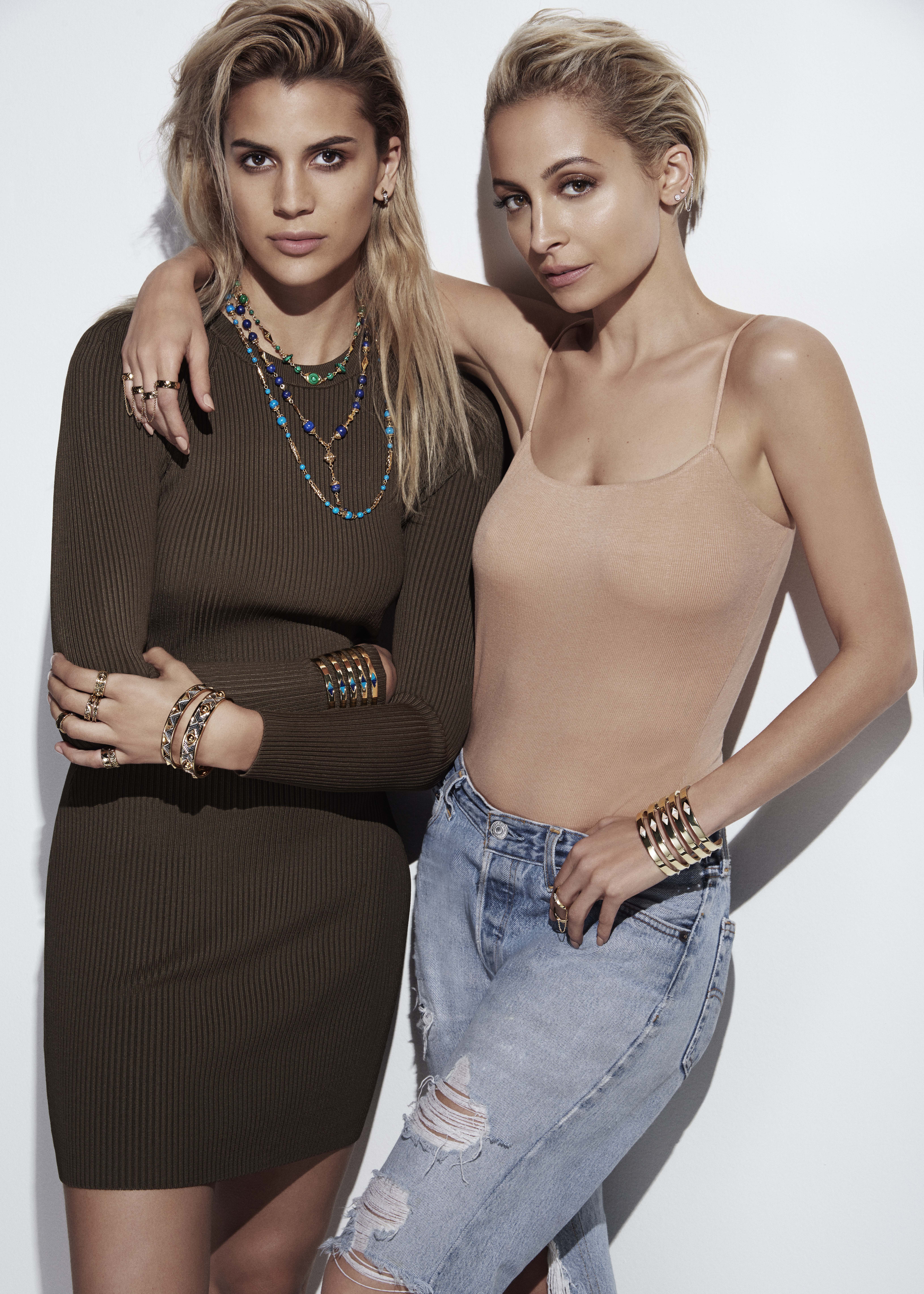 Nicole Richie has chosen model Kenya Kinski-Jones as the 2016 face of her House of Harlow 1960 fashion jewelry line. Kinski-Jones, 23, most recently starred in a Calvin Klein Jeans campaign. “Kenya embodies the spirit of House of Harlow 1960. She is exotic, alluring, elegant, and totally true to herself,” said creative director Richie. Like Richie, Kinski-Jones is the offspring of entertainment royalty; she’s the daughter of producer Quincy Jones and actress Nastassja Kinski.

Photographer Chris Colls shot the women individually and together for both the spring and fall collections. For spring, House of Harlow 1960 continued with its signature arrowheads, combining them with coins and crystal. The heavy and light pieces are meant to be layered for a modern gypsy vibe. True to its bohemian roots, the collection combines a variety of eras; fall was inspired by Art Deco, modern and fine jewelry elements with a focus on statement pieces in tonal colors that complement the more structured sportswear of the season. Retail prices range from $40-250.

Additionally, the fashion jewelry collection will begin expanding its wholesale reach by exhibiting at Project, Axis and Coterie, as well as in Paris with new European distributor, Pink Heater. House of Harlow 1960’s jewelry partner Glamhouse recently hired a new chief executive officer, Amanda Parenti, who is leading the growth of the collection, which was launched in 2009 with Glamhouse founder Pascal Mouawad. House of Harlow recently opened its first pop-up shop at The Grove featuring both its apparel and jewelry offerings and is testing another retail concept at Westfield’s Topanga mall.