Nicole Richie and her father Lionel Richie are on the January cover of #legend magazine, where they offer a glimpse into the Richie household.

#legend is a brand new magazine that launched at the Hong Kong Cancer Fund’s Chine de Chine fund-raising gala. From March 2016, it will be published monthly by Legend Publishing (Hong Kong) Ltd 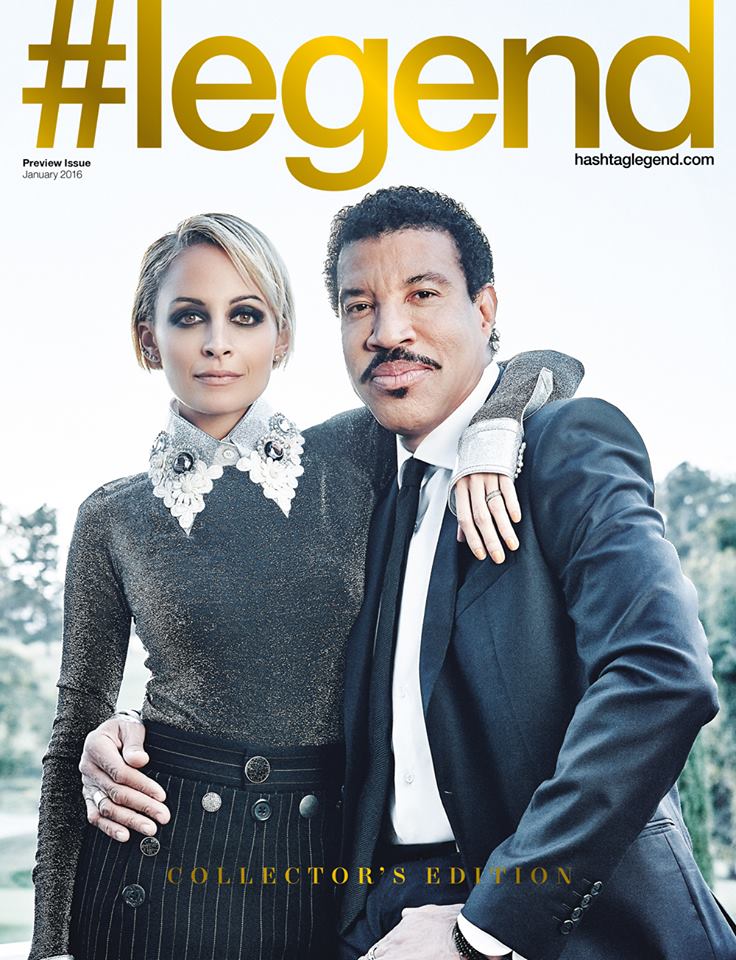 Nicole on being a nice person:
“I’m a nice person, but people think I’m nicer than I am because my father is so nice.”

Lionel on what it takes to be a legend:
“Being a legend means you put the work in. It means you have a body of work that will stick around long after you’re gone. That’s legendary stuff. You’ve affected the world and people. You’ve created history.”

Here is a further peek into the interview:

You both have so much going on with all your various ventures. How does that affect the father-daughter dynamic and the sort of time you get to spend together?

NR: My dad’s touring is really all I know. For me, that’s how I was raised. My dad would go off and work, come back and have home time. Oddly enough, that’s how my own family works now. Joel’s on tour all the time. We have our own calendar. We don’t take summer vacations when everyone else does, and we do it whenever it works out for us.

LR: And when we do get together, it’s a hilarious moment of catching up with everybody. The kids now have their own friends. Where it used to be that [I] had to be the entertainer, they sometimes don’t even play with us. They have their own posse of friends. We can just sit back and relax. Father’s Day is probably the greatest phone call you’re going to get. I’m somewhere, or Nicole is somewhere, and when I come over to the house it’s Father’s Day no matter what day it is because I’m kind of celebrated.

My little girl has created another family and I walk in with the proud papa look on my face. As my own papa used to say, “I think I had something to do with all this.” And all of a sudden, Nicole is the strict parent. Go figure. I hear her say to the kids, “What did I tell you? Turn the TV off and go upstairs right now!” and I’m going, “Excuse me?”