On January 6th, Lionel Richie launched his own Home Collection with a private dinner in his Beverly Hills home with his girlfriend Lisa Parisi. Nicole Richie was in attendance, as well as her husband Joel Madden and her brother-in-law Benji Madden.

In total, there were around 35 guests which also included Lionel’s close friend Kevin Spacey (who did impersonations of President Bill Clinton and television host Johnny Carson for the room). 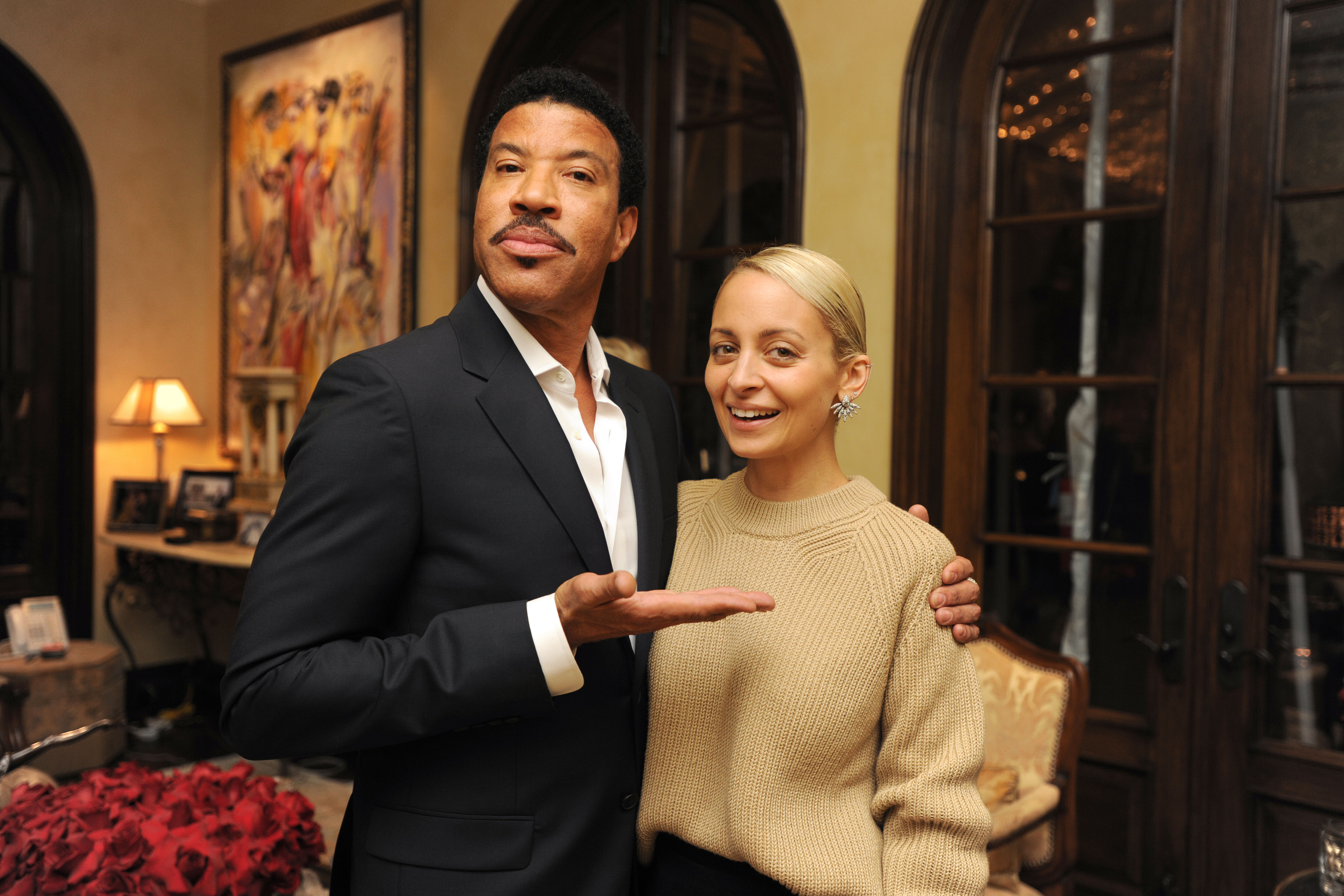 “I thought tonight we would launch first at the house since it’s Lionel Richie Home,” Richie told his guests in his pre-dinner speech. “I wanted to have people in this room that actually are my friends because part of my home launch is I have to have the people that you like … have great food and great laughter.”

“I’ve been around most of you for most of my fun life,” he continued. “You have contributed so much to giving me the actual courage to want to step out to this arena.”

“This is really something that I do,” Richie said, standing near the dining table tinkering with candlelight where a four-course feast was about to be served. Plenty of Dom Pérignon helped the digestion process (the brand cohosted the meal).

“We’ve been working on this for two years,” said Richie’s girlfriend Lisa Parigi. “He’d get off of stage and say, ‘Hey, I think I have an idea.’” With a full range of product from high-end dinnerware, glassware, and vases to scented candles and accessories retailing from $56 to $1,500 on his Web site, Richie’s dreams finally came true, but not before a couple of test runs. “We’ve done this twice already just as a warm-up,” Richie said during his pre-dinner toast. “The only problem I’m having out of this whole launch is that I get here, and there’s no band. In case I make a mistake, there’s no cymbal crashing.”

Throughout the night, Nicole proudly filmed her dad on her iPhone while hanging out with her husband and brother-in-law. “Nicole has not seen the collection. I got the nod of approval,” Richie said after dinner (which was served on Lionel Richie Home Collection bone china in white and gold).

At the end of the night, the star was presented with a multi-tier cake complete with sparklers, and Nicole ribbed her dad before giving a heartfelt speech.

“Congratulations on a successful marriage – the only one you’ve had,” she joked about his collaboration. “I will say, for real, I just have to say that … for me, someone that has watched you my whole life go out and work and work and work, it’s so nice to see you at this stage in your later life where you’re able to enjoy life and be creative because you are an artist. You deserve this. I’m very, very happy for you.”

“She’s back in the will,” quipped Lionel.

The Lionel Richie Home Collection – featuring dinnerware, barware, entertaining accessories, luxury candles and more inspired by his travels, southern roots and passion for art – will be available on LionelRichieHome.com.