Nicole Richie is on the cover of Ladygunn magazine. You can read a snippet from the interview below but don’t forget to click here for the full thing. The beautiful photos were photographed by Isaac Sterling with Nicole’s usual team there for hair (Gregory Russell) and make-up (Beau Nelson). 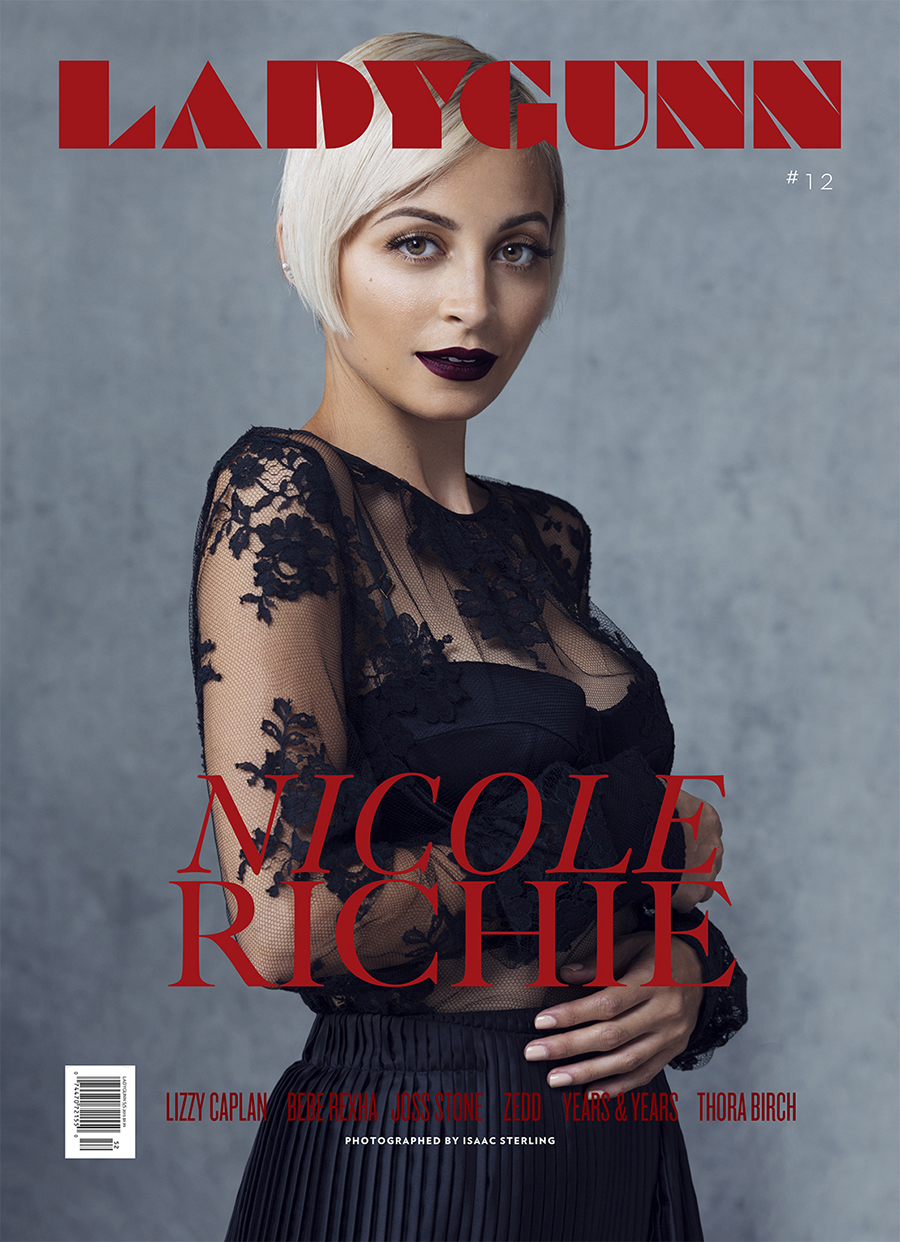 Hey Nicole! So Candidly Nicole went into its second season in July. I imagine it must be validating to have a show get picked up for a second season! A lot of shows come and go and they don’t live on. How do you feel about it getting picked back up? Do you think it’s a cool little testament to the success of season one?
It’s so exciting. I started this show out as a web series because I didn’t even know how many people were going to be into this concept. When I first met with Telepictures, they really wanted me to do a TV show. It’s why I did the AOL episodes. I just really wanted to test the waters and see if this would be something people were even gravitating towards. Then, to get picked up not only on AOL for a second season, but then VH1, it’s just so exciting for me. I have the best time doing this show. I get to have fun, I get to learn, and I’m around all my friends, so it’s just so much fun.

It’s a really upbeat show. And though it’s upbeat and funny, it’s still kind of intimate and gives glimpses into what you’re up to in your life. We get to watch you do all of these things that maybe you haven’t done before, in different situations and scenarios… So on that note, have you learned certain things about yourself that maybe you didn’t know before doing this show?
Well, I’ve learned certain things because I’m constantly putting myself in a situation where I don’t have a lot of knowledge. Actually doing that, yeah, I’ve been learning all the time. It’s weird, things have been happening in my life and on the show kind of around the same time. When I was learning about chickens, I was really in the process of getting chickens. So I’m learning about chickens [on the show], and becoming more aware of what I’m eating, becoming more aware of my body in my life. But it’s all kind of happening at the same time.

You have chickens? How cute! I didn’t know that…
Ha ha, thanks! They are super cute.