Realtor.com have revealed that Nicole Richie and Joel Madden’s LA home has been listed for $3.5 million. Read more about the house below and click here to see photos. The couple recently moved closer to Benji and Cameron Madden. 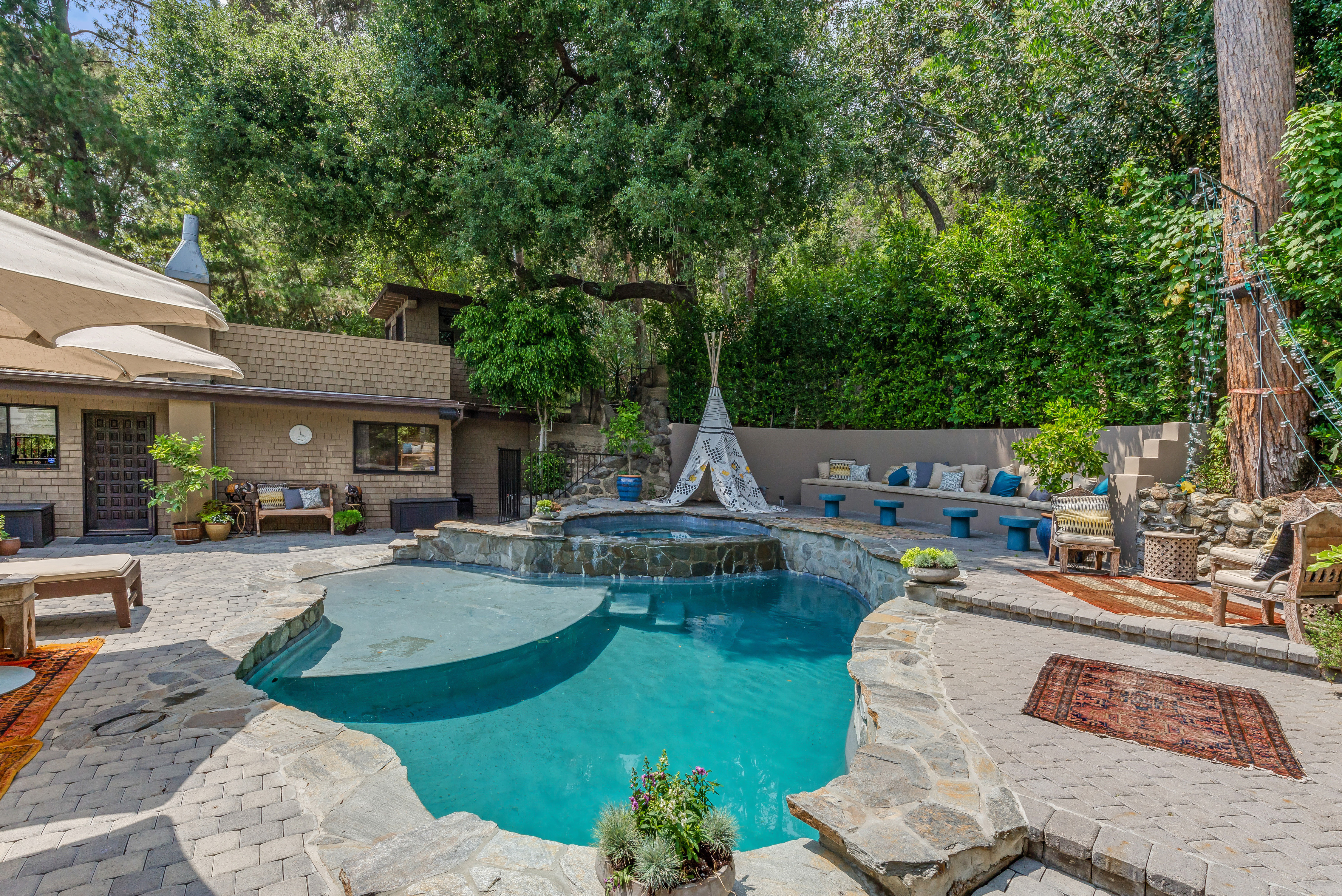 Reality TV star Nicole Richie and her husband, Joel Madden, the lead vocalist for the pop-punk band Good Charlotte, have put their Los Angeles home up for sale at $3.5 million.

The 6,300-square-foot house in Laurel Canyon has a unique architectural style that isn’t easy to pin down.

Along the way, the interior has developed a distinctive Mid-Century Modern influence, with glass making up several exterior and interior walls, as well as a chunk of the ceiling. A triangular shaped cone of glass tops the home, allowing for natural light to flow into the foyer.

The sky dome is one of the first things you might notice when you walk through the front door. At first glance, the home’s rustic style might make you think you’re on a closed set of “The Simple Life.” Exposed wood beams, wood siding, and bricks make up large parts of the home’s interior.

Ascend the staircase within the home’s towerlike structure, and you’ll find a fully equipped guesthouse, whose wall is lined with a series of glass panels.

Richie and Madden didn’t perform any major renovations, although Atamian tells us they restained the interior floor, did some landscaping, and put in a children’s playground in the backyard.

They also added artificial grass in the outdoor dining area, which has more counter space than most indoor kitchens, and installed a built-in grill and sink.

There’s also a lagoon-style pool with a beach entry in the backyard, which Atamian calls “very private,” so you can enjoy splashing around without worrying about prying eyes.

This video offers more details about the home.

The couple bought the property for $1.9 million in 2009, which means they stand to clear about $1.5 million if they get an offer at the current asking price. According to the agent, buyers aren’t put off by the price because of the prime location.