The Daily Telegraph have posted an article featuring a short interview with Nicole Richie about her time in Sydney, along with some beautiful photos by Justin Lloyd. 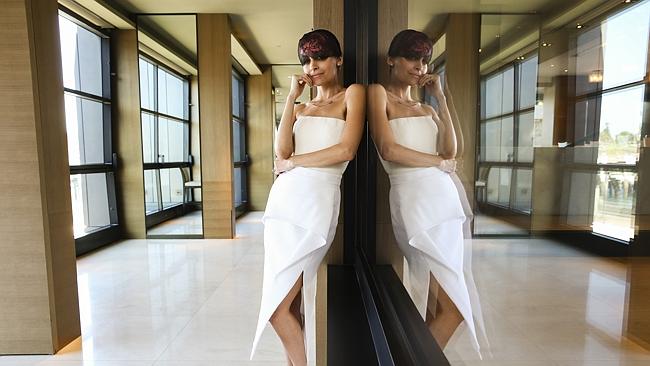 Here is part of the article:

NICOLE Richie has the inside running on Hollywood life — her dad is singing legend Lionel Richie, she’s married to rock star Joel Madden and she found fame herself on reality TV show The Simple Life alongside her former BFF, fellow heiress Paris Hilton.

But The Daily Telegraph got stuck in the barriers when it came to asking the Australian Turf Club ambassador about family, drugs and rehab, her new sister-in-law Cameron Diaz and The Simple Life yesterday.

ATC claimed a massive coup when they signed the pink-haired A-lister to spruik one of the world’s most famous racedays, tomorrow’s Tooheys New Golden Slipper Carnival.

However a list of banned topics was circulated before interviews with Richie yesterday.

But of course the mother-of-two was keen to talk about the topics at hand — fashion and the big race at Rosehill Gardens.

“I have heard of a few (horses),” Richie said when asked who she would be backing.

“I probably won’t make a money bet because I have never won gambling in my life. I am really bad at it … So I have taken the hint and decided it’s not for me.”