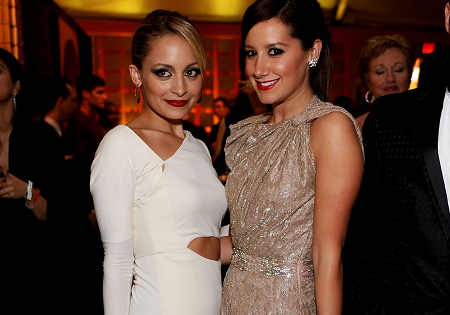 Ashley Tisdale has revealed her fashion choices are inspired by Nicole Richie and admitted that she is a big fan of the star’s “bohemian” look.

The ‘Scary Movie 5’ actress loves to experiment with different looks and always keeps a close eye on what the ‘Fashion Star’ mentor is wearing for inspiration.

“I love what she does with bohemian stuff. I’m a big fan. My style can be all over the place. My style is an expression of what I’m feeling. I go from beachy California girl to edgy super chick,” Ashley said.

Ashley realises the importance of accessories when she is putting together her outfits and has a go-to handbag that never lets her down.

“My Hermes Birkin bag is my favourite bag. I’ve always been a fan of the Birkin and I waited so long to get on the list,” she revealed.

Nicole is a successful fashion designer and as well as her ‘House of Harlow’ range – which is named after her daughter with her musician husband Joel Madden – she launched a clothing collection Macy’s Impulse last September.