Nicole gets a restraining order against a lurking paparazzo that harasses both Nicole and her gorgeous daughter, Harlow Winter Kate Richie Madden, outside of Harlow’s preschool. Congrats to Nicole, he definitely deserves the restraining order as what Nicole said about him is serious and shouldn’t be allowed at all. It looks like justice is served! You can read the restraining order paperwork by clicking here (exclusive to TMZ.com), and don’t forget to check out the article below for more information. Do you think Fabricio got what he deserved? 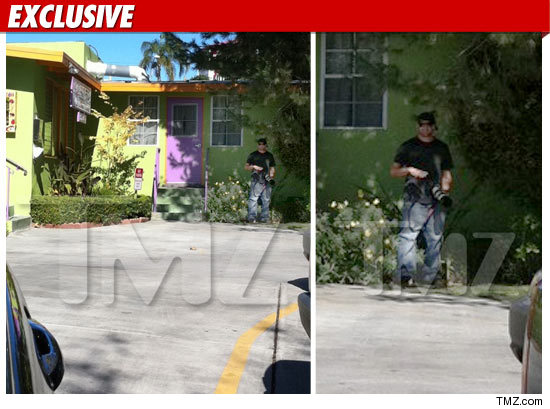 This photo — taken by Nicole — was attached to legal papers filed in support of the restraining order, showing Fabricio Luis Mariotto lurking at Harlow’s preschool.

Nicole says in her petition for the restraining order, “[Mariotto] drives erratically around my children and others, yells, screams and attempts to scare us so that he can photograph our reaction. He trespasses on preschool property to photograph the children.”

Nicole adds, “He has often left his car in the middle of a busy street just to chase me for a photograph.”

Nicole, who did not show up in court but was represented by Tamar Arminak from Mark Geragos’ law firm, adds, “His predatory behavior caused and continues to cause severe emotional distress as I fear for the safety of my children.”

The temporary restraining order requires Mariotto to stay 100 yards away from Nicole, Harlow, Sparrow and Joel Madden, as well as the preschool.